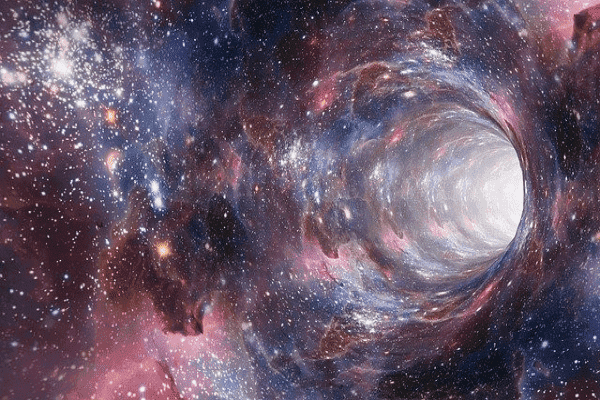 If previously we have discussed about the Black Hole. How interesting is the Black Hole theory? This time I will write about Wormholes, Shortcuts To Explore the Universe.

In this entire universe, there are many mysterious objects, for example this Black Hole and Wormhole.

Surely you are already familiar with this one Wormhole, because the topic of this Wormhole always invites curiosity. There are also many movies that carry this name.

About Wormholes, Shortcuts To Explore the Universe

There are some people who think that Wormhole and Black hole are the same. Is it because they have holes and are they really the same?

What exactly is a Wormhole, where can Wormholes be found and do they really exist, or is it just an imagination?

Instead of constantly asking and not finding the answer, let's just find out the information in my article about the following wormhole.

Wormhole uncovered by Albert Einstein, a fact not many people know

The first wormhole fact, apparently this wormhole was revealed by Albert Einstein.

Albert Einstein was one of the most brilliant scientists mankind has ever had. In 1935, Einstein and a physicist named Nathan Rosen created the concept of a wormhole. Well, at that time it wasn't called Wormhole either.

Okay so these two scientists are using Einstein's theory of relativity. They both perform very complex calculations using mathematical formulas, until they find a bridge that allows them to cross the universe.

The concept of wormholes, in fact, wormholes and black holes are different

Now to more easily explain and understand about wormholes, let's illustrate using paper. Maybe many of you are still confused. Well, now try to take the paper. Fold the paper in half and place it in front of you. Now there are two folds, namely top and bottom. Take a marble and place it on the top side of the paper.

How do you get the marbles to move to the bottom of the paper? The marbles must travel and pass through the folds of paper before they can reach the bottom.

Now try to make a hole in the middle of the paper, at the top and bottom. This hole becomes a shortcut, so the marbles don't have to go far to get to the bottom of the paper.

Well, the paper you used earlier is the universe, the marbles are celestial bodies, while the two holes you made are wormholes.

Unlike the Black Hole theory that many people believe, Wormhole is still a big question. Many people doubted the Wormhole was just a figment of imagination.

The concept of a wormhole was born from the calculation of mathematical formulas from the theory of relativity. Well, not all real things can be explained by math. After all, humanity itself does not yet know how vast the universe is.

The shape of the universe itself is also unknown, whether it is flat like paper, round, wavy, or even shapeless, all of which are still a mystery and are still being studied by scientists.

Until now the Wormhole theory is still being refined. But many scientists believe that wormholes cannot exist somewhere in the universe.

But in fact, so far Wormholes are still limited to mathematical formulas and human imagination. Who knows in the future someone can prove the existence of the Wormhole.

Okay everyone, that's what I wrote about About Wormholes, Shortcuts To Explore the Universe that I can say. So what do you think, do wormholes really exist or is it just your imagination?