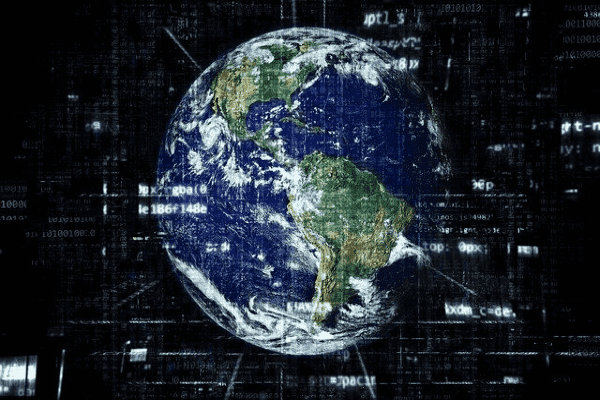 On this occasion I will review the reasons Why Humans Can Only Live on Earth? You must have often heard that the earth is the only planet in the universe that is habitable for humans. Well, at least there is no other habitable planet like Earth yet.

Why Humans Can Only Live on Earth?

Why is only the earth suitable for human habitation? Why can't humans migrate to Mars or to the closest moon to Earth?

Of the eight planets in the solar system, only Earth is strategically located. What does it mean? So, the distance between the earth and the sun as the center of the solar system and the source of life is ideal.

Not too close like Mercury or too far away like Jupiter and Saturn. In addition, the position of the earth is also safe from distress that threatens all planets in the universe.

Scientists estimate Earth's distance from the nearest supernova or stellar explosion to be about 25 to 50 light-years away. So, living on this earth is very safe and comfortable.

As I said before, the distance between the sun and the earth is perfect. Not too far and not too close. That is, the earth can still enjoy the heat of the sun without having to feel a burning sensation.

It is undeniable that humans cannot live without the sun. Isn't it wrong if the sun is called the source of life? There is another reason why the earth is so dependent on the sun.

Unlike other large stars that explode easily and destroy all the planets around it, the Sun has a stable and long-lived combustion.

Therefore, the heat of the sun is still acceptable to humans. You also don't have to worry because the sun will live long and can be used as a source of life forever.

Earth is in the Golden Zone

The zone where Earth's orbit is located is a golden zone called Goldilocks. Called the golden zone because thanks to this position the earth can receive natural energy that allows the existence of water on the earth's surface.

The location of the Goldilocks zone is also very ideal, so that the earth can receive the warm temperature of the sun so that the water on earth remains liquid. Well, this whole balance makes life on earth work well.

Now try to imagine if the earth is in a position close to the sun like Mercury or Venus. No water will be able to survive because it will immediately evaporate by the heat of the sun.

Likewise, if the earth is too far from the sun, then all the water immediately freezes into ice.

Earth Has The Moon As A Counterweight

Earth cannot be a friendly planet for humans without its loyal companion, the moon. The moon has an important role to balance life on earth. Without the moon, the seasons change every 41 thousand years!

As it rotates, the earth tends to tilt towards the sun, so this extreme movement affects the changing of the seasons. With the moon, the degree of tilt of the earth can be controlled.

The moon has an attraction that can prevent the Earth's axis from changing rapidly. Thanks to the attraction of the moon, the changing of the seasons on earth becomes more regular.

Earth Has a Great Protector

Who is the greatest protector of the earth? we're not talking about superheroes. Earth has a protective layer called ozone, a colorless gas that prevents harmful radiation from entering the earth. Ozone prevents ultraviolet rays that can cause skin cancer and interfere with plant growth.

Unfortunately, the ozone layer continues to thin because it is being eroded by technology. Air pollution and increasing geothermal heat cause the ozone layer to decrease.

Well, that's the reason why only planet Earth can be inhabited by humans. Earth has been created very perfectly and arguably second to none.

It is proven that until now no one has found a friendly planet like our beloved earth. Let's together take care of our beloved earth so that it remains comfortable as a place to live for all of us. So that's my article about Why Humans Can Only Live on Earth?