Talking about celestial bodies or astronomy is indeed endless, starting from the moon, sun, stars, black holes to galaxies, all of which deserve to be told so that we love this vast universe even more. Well this time I will discuss about Interesting Facts About Andromeda Galaxy, One Trillion Stars.
Since 10 billion years ago, the Andromeda Galaxy is a neighboring galaxy to the Milky Way known as a cannibal galaxy that usually swallows small galaxies.
The Milky Way is said to be Andromeda's next prey. The collision event between the Milky Way Galaxy and Andromeda will be the largest collision between the two galaxies.
This event is estimated to occur four billion years from now. Before we discuss Andromeda's past, it's good to know some Interesting Facts About Andromeda Galaxy.

From the constellation Andromeda

If you look up at the northern night sky between the asterism (the optical star-like phenomenon seen in precious stones called star stones) "W" Cassiopeia and the Great Square of Pegasus, you will find the constellation Andromeda.
The name of this star pattern is inspired by the fairy tale about Princess Andromeda, the wife of Perseus who was a hero in ancient Greece. Andromeda lies outside the galactic plane and does not contain the Milky Way cluster or nebula.
This constellation is famous for its Andromeda galaxy, which is one of the most popular objects in the sky that can be seen with the naked eye.

The Milky Way galaxy is estimated to have between 100 billion and 400 billion stars, but Andromeda has about a trillion stars. The Hubble Space Telescope has revealed a large population of bright blue stars in Andromeda.
Blue stars are usually hot and young, but the blue stars found in this galaxy are old, although hot. On the one hand, a star like the sun has eroded the outer layer of stellar material and exposed its blue-hot core. These stars are widespread and numerous throughout the galactic center. The light is brightest in ultraviolet light.

The Past History of Andromeda

Astronomers study the complex gaseous halo around the Andromeda galaxy. So that they can understand Andromeda's behavior and anticipate the impact of this galactic collision, researchers have been able to uncover the past of Andromeda, the giant spiral galaxy closest to the Milky Way.
According to reports in the study, Andromeda is a cannibal galaxy that is actively preying on small galaxies around it to enlarge itself. Located about 780 kiloparsecs (2.5 million light years) from Earth, Andromeda is now hurtling toward the Milky Way.
The two are predicted to collide in about 4.5 billion years. However, astronomers still don't know which system will be the cannibal.
Their observations revealed that Andromeda had devoured at least two other galaxies. The first collision occurred billions of years ago, while the other occurred when Andromeda was very young at a much more ancient time.
The research team examined the post-impact remains using the Pan-Andromeda Archaeological Survey using the Canada-France-Hawaii Telescope. On the one hand, the research team also said that this cannibal galaxy is a common habit that occurs in the universe.
Pan-Andromeda Archaeological Survey was created to find out the origin of Andromeda, the evolutionary process and the current structure of Andromeda. The survey is part of a special sub-field of astronomy called "galactic archaeology". That information gives astronomers an idea of ​​how big the galaxy is.
They made the discovery by studying the Andromeda halo, the region where many stars surround this galaxy. The research team discovered two gravitationally bound star clusters, known as globular clusters. The stars in these two clusters also form a certain angle.

Similarities between Andromeda and Milky Way

Astronomers are trying to get a picture that shows how Andromeda grew over time and the direction in which the star cluster orbits. Experts say they can count clusters that congregate at different times. Exactly billions of years ago. As we know Andromeda and the Milky Way are related objects called the cosmic web, the structure of the galaxy and its material is like a sponge.
According to experts, the conclusion is this cannibalism comes from various parts of the cosmic web. One came from a different direction, then there was a big pass from one other direction. Astronomers were excited about this discovery, because they knew Andromeda was similar to the Milky Way, but it was difficult to get the best view of our galaxy.

When the Milky Way and Andromeda approach each other, the gravitational pull of the two will destroy themselves making it impossible to prey on each other because they are beautiful spiral galaxies.
Read Also: Why has the Planet Venus never been touched by humans?
Andromeda and the Milky Way will be the only featureless galaxies much larger in size after merging in about 4.5 to 5 billion years. Another unlikely but possible scenario is that the Earth is destroyed by the collision process and the sun is thrown off course.

Luckily, scientists don't expect the collision to have as much impact on individual star systems as Earth, so there's no need to worry.
If in the next four billion years Earth still harbored humans, then everyone would be able to witness the most spectacular starry night sky in history. So first the information from me about Interesting Facts About Andromeda Galaxy, One Trillion Stars.
Next Post Previous Post
science 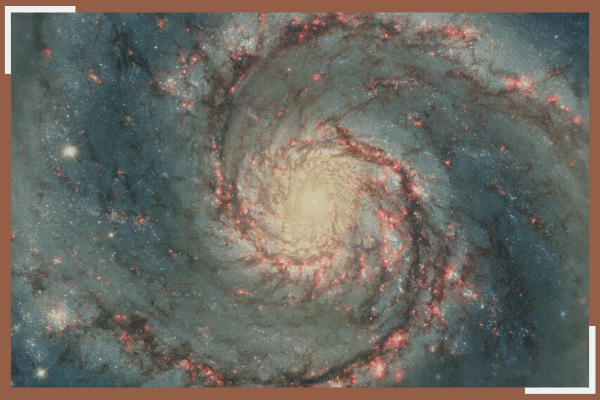